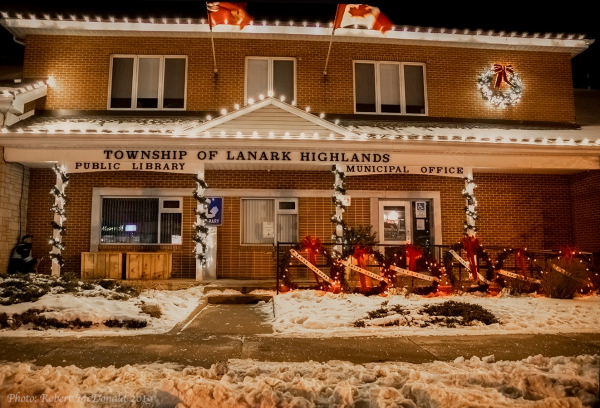 A variety of committees and boards offer input and advice to Council on the issues that touch on their respective mandates. In addition, the Township of Lanark Highlands is represented by Council members on a number of external agencies, often along with their counterparts from neighbouring municipalities.

The Township encourages and enjoys committee participation by interested and informed citizens.

Applications to the Committee of Adjustment will be processed in accordance with the requirements of Sections 45 and 53 of the Planning Act, applicable regulations (O.Reg. 200/96 and 197/96 as amended), the Statutory Powers Procedures Act and applicable Township policies.

NOTE: All meetings of the Committee of Adjustment are open to the Public.

The Ontario Provincial Police (OPP) provide policing services to the Township on a contractual basis. If you have specific concerns or comments about the Police Services, please contact any member of the Police Services Board or the Interim Detachment Commander, Karuna Padiachi, at (613) 267-2626 ext 4410

What is a Police Services Board

Many members of the Community have asked “What is the Police Services Board?” and “What do they do?”

The Lanark Highlands Police Services Board is one of seven boards which contract policing from the Ontario Provincial Police in Lanark County. Pursuant to the Police Services Act of Ontario, the following are the responsibilities of the Board:

Along with the legislated duties, the P.S.B. is considered a bridge between the community and the police. The board takes an active role in hearing community concerns and addressing them with the Detachment Commander or his designate for action.

The Committee meets once a month, and is comprised of four members and one Council Member.

The joint planning committee oversees and co-ordinates activities and advocacy directed at the achievement of common goals which are consistent with the mission and vision of The North Lanark Community Health Centre and The Township of Lanark Highlands.

The committee shall meet quarterly or at the call of the Chair and will be conducted at a time and place convenient to the members of the committee.

The role of the Board of Directors is to  establish policies of the Authority, define programs and services  to achieve its mandate, determine and monitor annual expenditures, direct management, and advocate the work of MVCA in their community.